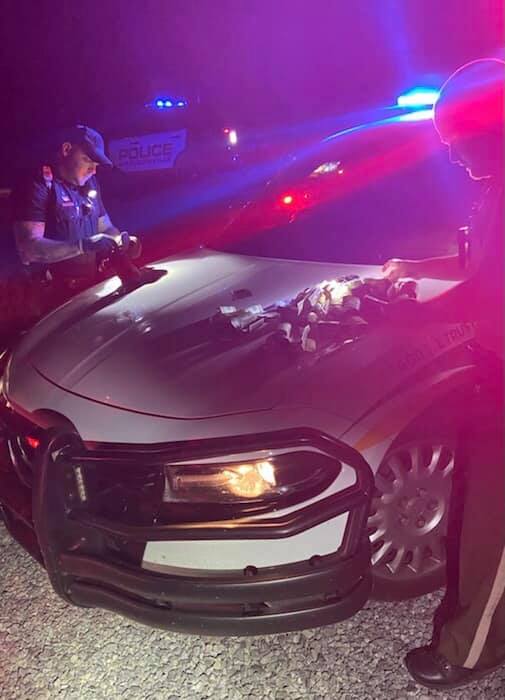 On Sunday, June 20, 2021, Corporal Billy Littleton was patrolling the area of Mt. Vernon Church Road when he observed a pickup truck with a male driver, Mr. Austin McDaniel, who was not wearing his seat belt. Upon turning around on the pickup, Cpl. Littleton observed that the Tennessee registration displayed appeared to have an altered number and a check of the tag displayed did not return to the vehicle. Upon conducting a traffic stop, Cpl. Littleton was advised that paraphernalia was in the vehicle and observed a set of brass knuckles mixed with the Paraphernalia.
Cpl. Littleton requested the assistance of Madisonville Police for backup on the vehicle search. While on scene, Officer Jesse Moses observed Mr. McDaniel attempting to conceal a plastic baggie in the zipper area of his pants. Upon retrieving the baggie, it was discovered to be a brown substance believed to be heroin. Cash was also seized on scene. The front seat passenger, Ms. Kassandra Lynam, also pulled out three pieces of aluminum foil containing a brown like substance believed to be heroin from under her shirt, and claimed possession of a glass pipe with white crystal like residue. Both, Mr. McDaniel and Ms. Lynam, were placed under arrest.
Austin Andrew McDaniel
Charges:
-Schedule I (Heroin) for Resale
-Drug Paraphernalia (Syringes)
-Prohibited Weapon (Brass Knuckles)
-Altering Registration Plate
Citation:
-Seat Belt
-Financial Responsibility
-Unregistered Vehicle
-Misuse of Registration
-Failure to Carry Registration 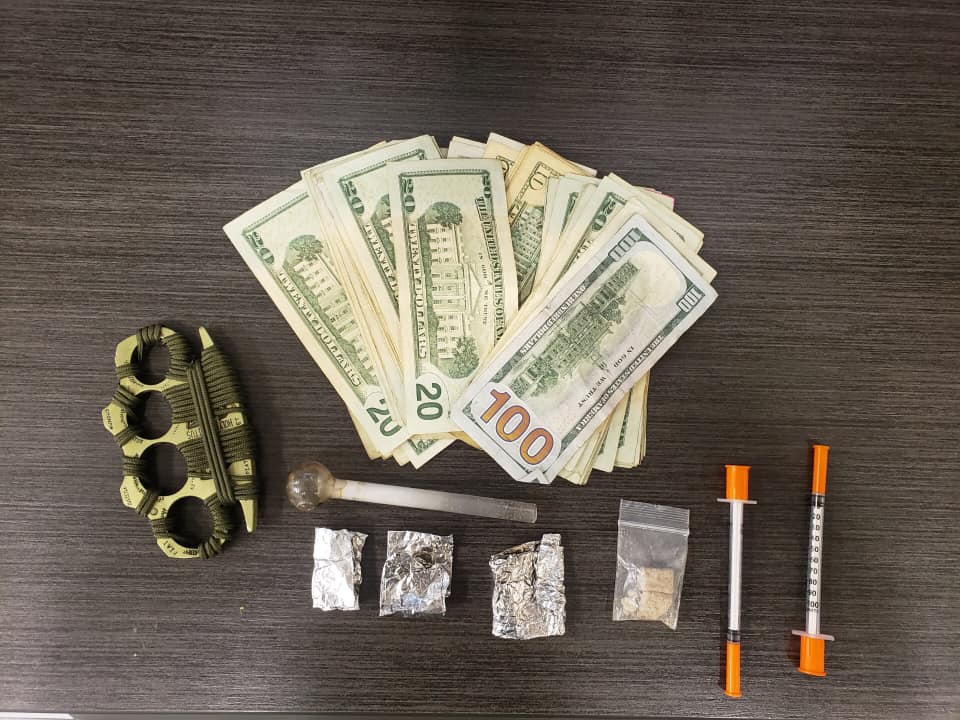 Items discovered at the scene.