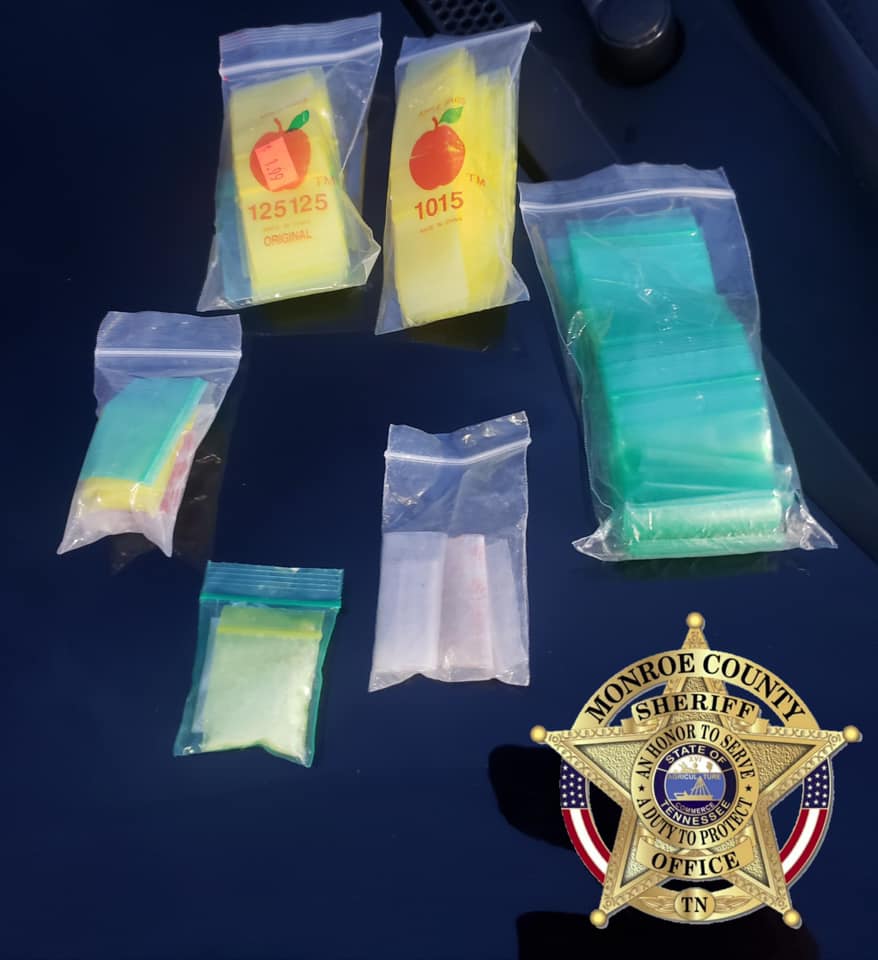 On July 8, 2021, in the early morning hours deputies with the Monroe County Sheriff’s Office were dispatched to a residence in the Madisonville area in regards to a non-custodial mother taking a child from a residence with possible intentions of taking the child out of state.
Throughout the investigation, deputies were able to obtain possible vehicle/registration information of the suspect’s vehicle. Several hours later deputies spotted a vehicle traveling Highway 411 South in the Vonore area that matched the suspect’s vehicle.
A traffic stop was conducted on the possible suspect vehicle at the Vonore Exxon Gas Station located at 1930 Highway 411, Vonore. The driver of the vehicle was identified as the suspect in this investigation, Cassandra Marie Hatfield. Located inside the vehicle was the child that was taken from the Madisonville residence. The child was safe and was turned over to family members after being assessed by Monroe County EMS.
Located on Ms. Hatfield’s person were three baggies that contained a Brown powder substance believed to be Heroin and two baggies containing a crystal substance believed to be Methamphetamine. Also located on Ms. Hatfield’s person were plastic baggies which are commonly used for resale purposes. A vehicle search was conducted and located inside of the vehicle was one baggie containing a Brown powder substance believed to be Heroin and several small baggies which are commonly used for resale purposes. The Brown powder substance weighed approximately 2.55 grams and the Crystal substance weighed approximately 3.35 grams. Ms. Hatfield was placed under arrest and was transported to the Monroe County Justice Center.
Charged by Deputy Sheriff Cameron Foister
• Custodial Interference
• Possession of Schedule I Heroin for resale 2.55 grams
• Possession of Schedule II Methamphetamine for resale 3.35 grams
• Possession of Drug Paraphernalia
• Child Endangerment (controlled substances inside vehicle with child)
• Child Restraint (unrestrained child)
All suspects are innocent until proven guilty in the court of law.
child abduction drug arrest Press Release